Emily Jones (nicknamed Em) is a human who stumbled into Elvendale, the portal having appeared after the inheritance of her grandmother's amulet. She, along with Skyra, are the two guardians of the portal. Although a human, Emily possesses magic and is connected to the elements of light and love.

Emily's grandmother was one of the five legendary sisters. She was chosen to go to earth and guard the portal from that side. In doing so, she lost her immortality, and eventually passed away.

Shortly after inheriting her grandmother's amulet, Emily found herself transported through the portal to Elvendale. With the help of four elves, Naida Riverheart, Azari Firedancer, Aira Windwhistler and Farran Leafshade, she got back home safely. She now often visits them in Elvendale.

Emily is a happy, music-loving human girl with a passion for having fun, hanging out, or just having an adventure. She is kind, sweet, and amicable. Emily is friendly and empathetic to the very core, and loves making friends, which is why she gets along so well with the four elves, Naida, Azari, Farran and Aira. She doesn't have trouble with people easily, human or elf, and has a special connection with almost everyone she comes across. Azari, Farran, Aira, and Naida, or more simply, the elves or four elves, are great friends with Emily, and enjoy her company. Her personality is also sweet enough to fit Tidus Stormsurfer and Sira Copperbranch into it.

Emily has dark brown hair, which she wears in a braid. She also has olive-green eyes, a fair complexion, and freckles.

Season 1 - Emily wears a sleeveless white shirt with dark blue stripes, denim jean shorts, and yellow sneakers with white bottoms. In the artwork of Season 1, she wears this outfit, but also wears a set of blue, orange, purple, and green bracelets. She also wears her teleporting amulet or medallion. The amulet is blue in the middle and usually shines or glows. The rest of it is silver.

Season 2 - Emily wears a short-sleeved, dark-blue shirt that fades to white at the bottom along with light-brown, khaki shorts. Her red sneakers have white bottoms and white laces.

Season 3 - Emily wears an off-the-shoulder, short-sleeved shirt that is white with grey stripes. Underneath this, she wears a tank-top with fuchsia straps. Emily also wears a grey skirt, with navy-blue leggings underneath. Her shoes are fuchsia, with white on the bottom and white laces.

Season 4 - Emily appears to be dressed for colder weather, wearing a grey jacket over a red-and-white striped shirt. She also wears navy-blue pants that are possibly jeans. Her red sneakers have white bottoms and while laces.

Her parents are Mr. and Mrs. Jones.

Her grandmother was one of the Five Sisters. A former elf, she became mortal when she moved to Earth in order to protect the portal from that side.

Emily Jones has a little sister, Sophie Jones, with whom she gets angry at for jumping into the portal in "The Capture." Her sister Sophie is mischievous, disobeying, and someone who obviously goes against orders. Emily loves her family nonetheless, through-and-through.

Skyra, Quartzine, and the fire and water sister (the four remaining Five Sisters) are Emily's great aunts. They were Emily's grandmother's sisters.

Emily and Cronan are also related (Cronan's mother and Emily's grandmother were sisters.) In specific terms, they are first cousins once removed.

Emily's closest friends are Azari, Naida, Farran and Aira. She sympathyses with Skyra, having gone through loss herself. In Season 2, Emily became friends with Tidus Stormsurfer and Sira Copperbranch, as well as a number of dragons. In Season 3, Rosalyn Nightshade is on friendly terms with Emily. She meets Lumia in Season 4, who becomes a valuable ally.

Emily's greatest enemy has to be Ragana, who sports a very cold and devious personality towards Emily. In "Dragons to Save, Time to Be Brave," Ragana was quick to judge and mock Emily's human appearance, even calling her ears "nasty." Though powerful, Emily was able to amplify the other 4 elves' magic with her amulet, and temporarily weaken Ragana. Although it doesn't take long for Ragana to regain her strength, as she quickly appears in full elf form again in the webisodes. Emily and Ragana clearly have polar-opposite personalities - Ragana is evil and cruel, very different compared to Emily's kind and loving, gentle nature.

In the third story arc, she meets Cronan Darkroot, the Goblin King, an evil elf who captured her little sister, Sophie Jones. She didn't know that he was related to her at the time, as Emily did not yet know that Cronan's mother was her grandmother's sister. They were also unaware of his identity as the Goblin King. As a result, for a brief while, Cronan pretended to befriend Emily in order to steal her amulet.

In the fourth story arc Emily goes up against Noctura, an ancient evil who resides in the Shadow World. Noctura plots to capture the elemental guardians in order to harness the magic of their jewels. If she succeeds, Elvendale will become a dark and magic-less place, for the guardians' jewels are the source of all elemental magic in the land.

Emily hasn't had crushes or love interests up to this date. Aira, however, gets jealous when Farran helps Emily to her feet in "Crushing It." According to Emily, though, the whole hand-holding business meant nothing. In the season 2 special, "Dragons to Save, Time to Be Brave," it appears, much to Farran's belief that Tidus was flirting with Emily, little to the knowledge of Tidus' loyalty to and love for Sira.

Emily from the 2nd Storyline

Emily and the elves from S2 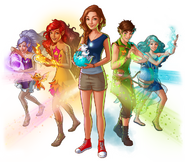 Emily and the elves from S2 (Version 2)

Emily and the elves from S3

Emily and the elves from S3 (Version 2)

Emily from the 1st Storyline

Emily from the 2nd Storyline

Emily from the 2nd Storyline (Variation 2)

Emily from the 3rd Storyline

Emily from the 4th Storyline 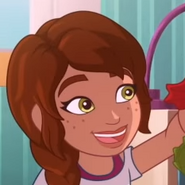 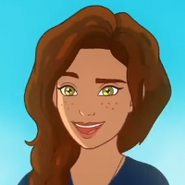 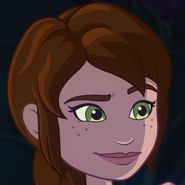 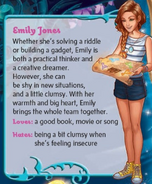 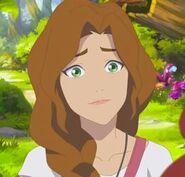